Register for online banking
View our registration guide
Become a member
Forgot Username?
Home > Why Quorum > Recent Events > Quorum Named One of the Best Companies to Work For in New York — For Five Straight Years!

Quorum Named One of the Best Companies to Work For in New York — For Five Straight Years! 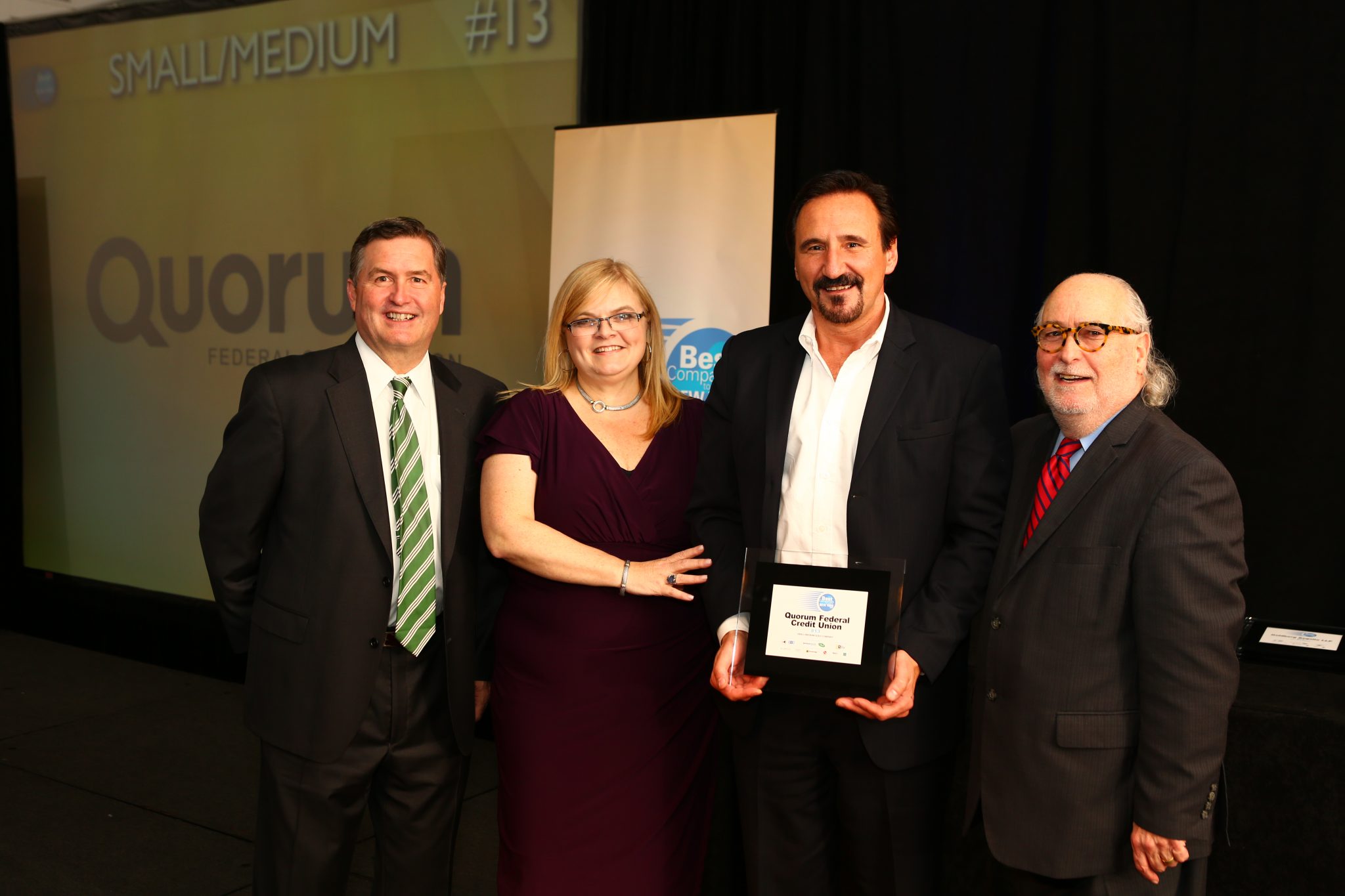 Quorum Federal Credit Union has been named one of the Best Companies to Work For in New York for the fifth year in a row. This year, the company was ranked No. 13 among the top 32 small- and medium-sized employers in the state.

The award was granted to Quorum by the New York State Society for Human Resource Management and the Best Companies Group, an independent company managing the Best Places to Work programs on state, regional and national stages around the country.

“Our ranking as one of the best places to work in NY is a source of great pride for our team,” said Glenn Shuster, Vice President of Human Resources at Quorum. “The fact that this ranking is based solely on employee feedback makes this recognition all the more relevant and rewarding. That we have been honored with this for the fifth year in a row tells me we are doing the right things by our employees and demonstrates what an engaged workforce we have.”

The statewide survey and awards program was designed to identify and honor the best places of employment in New York, thereby supporting the state’s economy, workforce and businesses. Created seven years ago, the annual program evaluates and ranks the best places of employment in the State based on employee satisfaction and engagement, as well as workplace practices and policies. It is unique because employees’ survey responses count for 75% of the ranking formula.

Quorum Federal Credit Union (www.quorumfcu.org) is headquartered at 2500 Westchester Avenue, Suite 411, Purchase, NY 10577. Founded in 1934 as the exclusive credit union for Kraft Foods employees, today the Credit Union serves over 50 companies nationwide (Ogilvy, Avon, Mondelēz International, Philip Morris, etc.) and has over 65,000 members living in all 50 states. Quorum serves its members with both in-person and remote banking channels—including branches, a call center, and online and mobile banking—so banking is possible anywhere, any time.