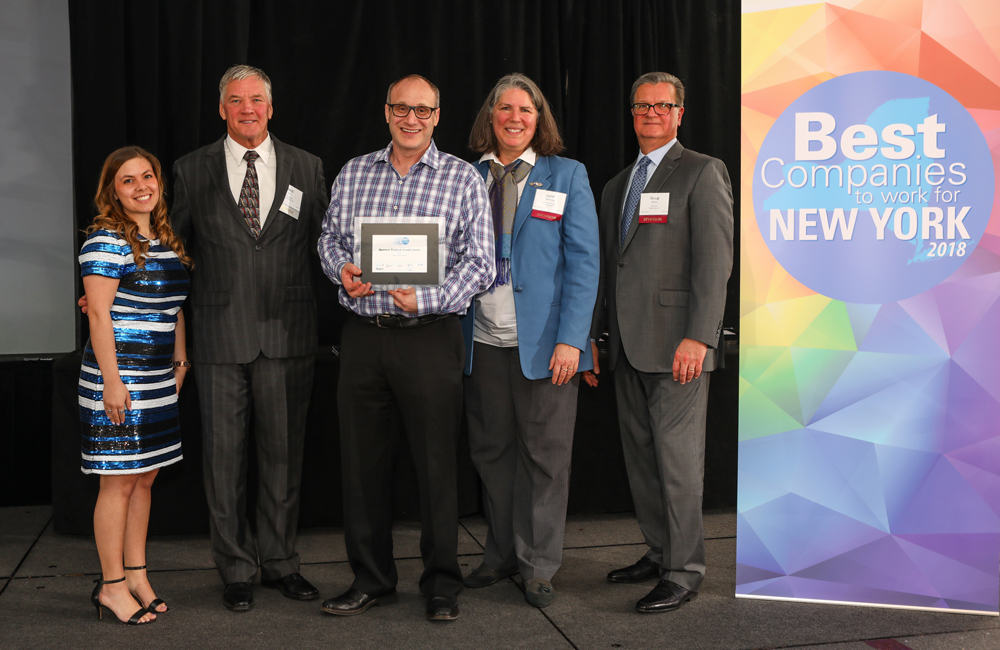 Quorum Federal Credit Union has been named one of the Best Companies to Work for in New York. The company was ranked No. 15 among the top medium-sized employers in the state.

The award was granted to Quorum by the New York State Society for Human Resource Management (NYS-SHRM) and the Best Companies Group, an independent company managing the Best Places to Work programs on state, regional and national stages around the country.

“Our ranking as one of the best places to work in NY is a great honor; it’s especially invaluable as the results are based on employee feedback,” said Bruno Sementilli, President and CEO at Quorum. “Our employees are our most important asset and their feedback is what helps us to ensure we continually seek ways to enrich our culture. The award is further evidence of our long-term commitment to them, and to building an exceptional workplace by continually investing in them.”

The 11th annual Best Companies to Work for in New York list is comprised of companies with operations in New York State. Created in 2007, the annual awards are part of a distinctive program that evaluates and ranks the best places of employment. This statewide survey and awards program is designed to identify, recognize and honor the best places of employment in New York, whose practices benefit the state’s businesses, economy, and workforce. To be considered for participation, organizations had to fulfill specific registration eligibility requirements, then participate in a two-part survey of employee satisfaction and engagement, as well as workplace practices and policies. Best Companies Group, an independent firm that manages Best Places to Work programs on state, regional and national levels around the world, conducted the survey, then evaluated the results and determined the best places of employment in the Empire State.